Stuck between times there is no outlet for my crimes…

It all seems so useless to struggle for…

The theme for this week is greed… truly broken thoughts… always wanting more… more of something… more food… more money.. more sex… more pain… greed doesn’t go away with more… too much of a good thing is never enough…  considered one of the seven deadly sins… Greed is hard to escape on a day to day basis… who doesn’t want more?… what defines more?… at what point should we cut ourselves off from more?… I know I could always use more… more sleep usually… more of anything at this point… turns out I am human after all… was holding out for different… but I’ll settle for human…

“The one with the Indian on it.”

“I think they prefer Native American.”

“I think they’d prefer if we gave them their land back. But in the meantime, the one with the cartoon Indian will do just fine.”

The lights all burned out…

Chasing our demons step by step
But how long do we keep doing this
To the end, to an end
A line has been drawn long before
Not another step to take and yet
See plenty of space to keep on going
Is this the end or only the begin of something
That couldn’t possibly be understood?
Gave more of myself then I’d like to admit
So I won’t and you’ll think I don’t give a shit
Because I don’t even when I do
Wanted more, wanted less, all I want is what I got
A feeling that can’t last forever but I’ll keep searching
So here’s to you, here’s to me, here’s to fucking everything
Resting in my head and what we can see through closed eyes 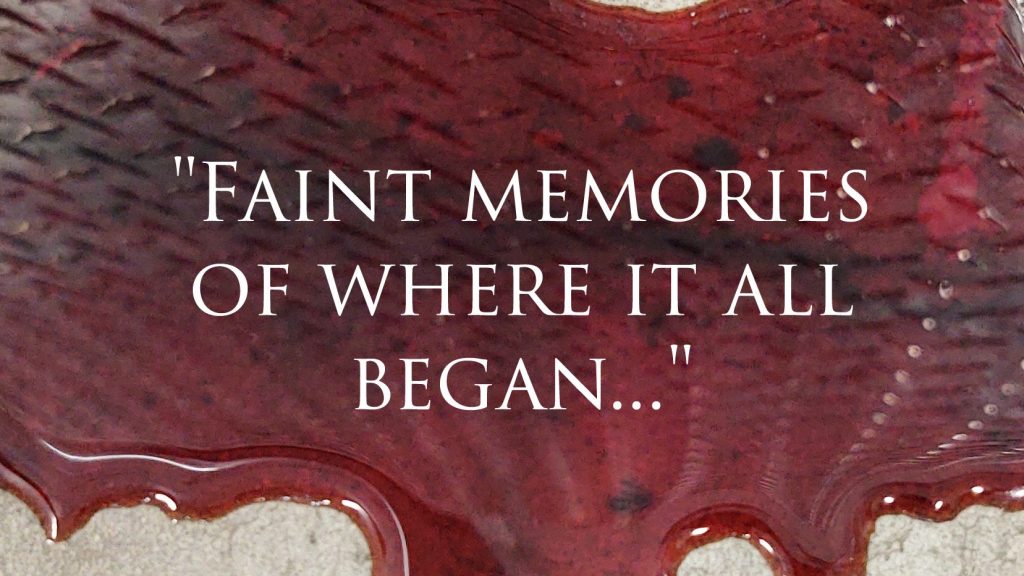 A fractured reality of what I have to deal with every day… stretched out over years… you think that I’m not listening… you believe me when I say that I am not… but really I’m taking it all in… absorbing every useless thought… stabbing myself with the idea that I am better than you… I’m more you than you will ever be me…  I’m nothing more than what time forgot… lurking in the shadows… standing next to you at every turn… don’t look because I’m staring… smile because I know I will… “Is there anything I can help you find?”…

The rain comes down hard as it beats against my cardboard house like a drum. It upsets me at first, but then I remember I wanted to move anyway. Nothing truly upsets me anymore. Nothing outside of the wastefulness of the people that surround me where ever I go. Town after town. City after city. They waste their time all day doing nothing only to come home to more nothing. Though I suppose If it wasn’t for the wastefulness of people, I wouldn’t have the cardboard boxes I like to call home or the cheap cigarettes to smoke when I can. It is such a strange relationship that I have with these others. A necessary evil I suppose. Even if it makes me angry at just how stupid they are.

My neighbors got a TV, but it doesn’t work. Doesn’t bother him much as he stares at the blank screen for hours pretending it’s some show he watched as a child. I don’t miss television much or the movies for that matter. Too many lies sown deep within the bright lights. It’s all just a bunch of made-up drama or stupid comedies about nothing. I miss the sense of family though if I’m being honest with myself. Since I broke away from everything all I have had is time, to be honest with myself. A truly horrifying scenario I live through each and every day. Watching the “world” pass me by. A world where we cast aside everything for nothing at all. I remember the days that I rushed through only to get to the end. Always wanting more sleep. Always wanting something more. I don’t miss that need even if I still have the feeling.

Endless days give away to endless ideas of what life could be. Life has always been the same thing though. An endless nothing without a purpose. I suppose there is no right way to live a life. The words I write like a cave man on the sides of my box begin to bleed. Raining harder and harder upon my home. Though the feelings brought up right now make me feel a bit sad it is all temporary. I don’t miss much about the normal life. The tied down feeling that all of it had is what led me to this. A thousand years ago I would have been an explorer, an honored man.

May have even had my own day of celebration like that asshole Christopher Columbus. My own special day where everyone got the day off. A day for people to celebrate me with a shopping spree or stuffing their faces with as much food that their bodies couldn’t handle. It is all a waste I tell you. All of it. It all comes back to this thought. Even not existing seems like a waste at times. I go on just as they do. Just as we are meant to. When the storm passes, I’ll take what isn’t ruined. Start my search for dry boxes. Start all over again. I guess that’s what the real life is like only with more crap. Keep on wasting time only to do it all again.

I like the idea of living in a van or box down by the river, but only if it still gets wifi. I am also going to need AC, a bed, four or five streaming services, running water, some sort of food situation, and access to some money. Everything looks so much better in my head. Far from the point however. We always think we want something more than we really know. The grass is always greener. The grass is always dead if you take the time to look.

After a while life just starts to feel like a prison. You work your ass off in hopes to get back time lost with good behavior, but it is useless. Things will never be like how they were. Things will never be how it was when we were young. Life drags on as one long prison sentence that never ends and the only thing we are guilty of is being born. Try and fight at the restraints. Try as hard as you want and that is all you are doing is fighting. The advantage of the simple minded is that they aren’t fighting. They don’t need to fight. Can’t see the restraints, can’t feel them, they have no idea that they are there. They live in another world built into this one. The one we always wanted to be part of but somehow knew better. The chains aren’t real, but they are heavy as hell. A crippling burden we care as we walk among them. Breathe the air that they breathe. We talk as if though we don’t know. We know more than we should.

I wash my hands so I can eat. I wash the grime and filth of the world from the hairline cracks of my broken hands. No matter how much I scrub, I bleach, I strip away I know that it is still there with me. Buried in my pours the toxins never leave. I’m smarter and better than this, but I was born into this, the American dream. Swallow all the lies like pills and you begin to see that those pills to make you better are nothing more than lies. Anti-depressants pressed against the roof of our mouths, feel better? I know that I don’t. I try to forget, but I know that I already know.

I’m told that I need them. Told without them I am crazy. They say it nicer. They say it like it fucking matters. Damaged is what they mean to say. That’s not PC. That’s not okay. They don’t fucking work and I punch another hole in the wall. It doesn’t hurt anymore. It only feels like me. I’m having an episode as they say. This is normal. Is it? Is this endless feeling normal? I was unaware of how normal I am. Tell me how all of this is okay while giving me another pill to make me better. I’m broken not stupid. Too many years of feeling like this tells me it doesn’t work. The balance, the chemicals, the whatever the fuck is who I am. The taste of it all is making me sick. I don’t feel sorry for myself. Some of us have it worse. But what is worse inside your head?

You Know for the Taste… *

If you are a fan of everything found on the site… You are sure to love this unhinged… new collection from Layne Ambrose and Is That A Funeral?… Digital and Paperback available at Amazon and the Amazon Kindle Store…

*We do not recommend eating… consume with your eyes only…